Another Taste of Gumbo

My head was spinning as I drove Pepper across the river to the Hebert Building and Correctional Facility in Laplace.  The man couldn't sit still in my car.  I was easily pushing my 09 Dodge Challenger to near NASCAR speeds and I still wasn't moving fast enough for him.  He didn't say a word the entire drive.  I was surprised to see that he had a cell phone.  He just didn't seem like that sort of guy given his age and all.  But he had one and he kept dialing what had to be the same number over and over with no reply.

I, on the other hand, didn't have that problem.  I only dialed my number once and met far greater success.

"Kenny, man I hate to bother you on a Saturday night like this, but I'm calling in a favor.  My brother-in...well ..yeah .. my brother-in-law to be just got picked up by St. John Parish for breaking some kind of restraining order, disturbing the peace, and a bogus public intoxication charge.  He's getting a raw deal here man.  You know criminal law ain't my thing.  So I need your help."

I waited a few seconds for his reply.  He asked who the D.A. for the parish was.

"Mitchell Chauvin."  I said with expectant dejection.  Mitchell Chauvin was probably the most feared prosecutor in the state.  Dustin was arrested at the Chauvin family restaurant for fighting in the parking lot and Mitchell himself just happened to be there.  I felt responsible because I was the reason he was there in the first place.  He'd brought me there to see Mycah.  But damn I didn't know he was barred from the premises until Mycah told me.

"Damn! That's what I'm talking about frat!  I knew you wouldn't pass up a chance like this.  I'll see you when you get there.  Go ahead and make your calls."

"Mr. Perr...uhm.. I mean Cayenne.  That was a friend of mine from law school.  He's a criminal lawyer out in Metarie.  He's going to do what he can for Dirty Red.  He's sharper than a razor blade.  If anybody can get him out of this mess, Kenny can."

He didn't even look at me when he spoke almost under his breath.

"Aren't you a lawyer D'Andre?"

"Most of the criminals is in business D'Andre."

He continued to dial that number as he spoke one last time.

I felt so bad for both Dirty Red and Cayenne.  But the thing that bugged me the most was how Mycah responded to the shit.  She stood right there next to her other brother Thaddeus and supported his lie to the police.  She knew damned well that Thaddeus and her younger brother Jayden jumped Dustin in that parking lot.  And as far as the restraining order went; the man walked me in the restaurant to his sister and then left.  He said he'd wait for me in the truck.  I found it odd.  But once it was explained.  I understood.  Mycah lied.  She lied and watched her own brother.....I just didn't get it.

I had to almost run to keep up with Pepper as he quick stepped his way up the stairs of the Hebert Building.  This was a one-stop center for justice in St. John Parish.  The court-house, Sheriff's office, D.A.'s office, and the jail house were all in one location.  As we headed down a long hallway, Pepper's cell phone rang.  He came to a dead stop.

"I NEED MY BOY OUT OF JAIL JULIAN!!  YOU KNOW AS GOOD AS I KNOW THAT ANGELE IS BEHIND THIS SHIT!!  I'm asking for your help here Chauvin.  I need Dustin out.  He can't go through this again. Ok?"

The quick step started again before I could even ask about the call.  I jogged a little to catch up.  When we turned the corner we were at the front desk and I recognized the two arresting officers standing there with little smirks on their faces.  The dispatch clerk already knew the story apparently.  He raised his hands and started talking to Mr. Perriloux.

"Look Cayenne.  We know why you're here.  But we can't help you.  Your son is gonna have to spend the weekend with us.  But first thing Monday morning, you can come back after the D.A. sets his b...."

"My son ain't staying here no Damned WEEKEND!!!"  The old man was coming unglued.  I decided to step in.

I handed the officer my credentials.  I wish I would have had time to change clothes but it didn't matter.

"Officer Keller."  I identified the officer with a cold stare.

The officer looked at my card with a furrowed brow.  When he looked back at me he smiled.  "D'Andre James.  I know you.  You graduated .."

I cut him off.  "Yes Officer.  You know me.  And I know how this office operates.  You can do something to get this man out of here tonight and we both know it.  Why don't you make the call and save us a little time?"

He handed me my card back with a look of sincerity before looking over his shoulder at the two arresting officers who were watching his every move.  Officer Keller then stepped from behind the desk and ushered me off to the side.  Mr. Perriloux was right on our heels.

"Look guys, I know Dustin.  I know he's getting a raw deal here.  But there's someone high up, like the D.A. himself, if you know what I mean.  He's left specific instructions that we don't accept bail or bond before Monday morning.  My hands are tied.  I feel for you all Mr. Perriloux.  I really do."

Cayenne hissed and clicked his teeth loudly as he turned towards the two officers who had arrested his son.  At that moment I feared what would happen next.  The old man's fists were clenched so tight I thought the veins in his arms would burst; but before he could say anything, another voice from behind us.

"Get my brother on the phone."

There he was.  The devil himself and the richest man in the tri-parish area:  Julian Chauvin 111.  The man looked like money.  He looked like wealth.  His suit looked like it was sewn on his body.  In fact, I was expecting a seamstress to come around the corner any minute to make adjustments to it on the fly.  He was taller than I had imagined him to be.  He was only maybe an inch shorter than I, so he had to be about 6'3".  I felt underdressed and I hated it.  A nice suit makes you look and feel powerful.  Julian Chauvin's suit should have made him feel like a god.  He wore it with authority and his presence demanded it.  He looked like an italian don; black hair peppered with streaks of grey, feathered back from his face, harsh, deep set light brown eyes that reminded me of someone, and a face so smooth it looked like he shaved with a laser. It felt like anywhere this guy went he was in charge.

Officer Keller certainly didn't see it any differently.  He hauled ass around the counter and picked up the phone without question.  Pepper turned around and stared at Julian.  I watched their stares like it was a volley at Wimbledon.  They didn't say a word for the longest time.  Julian wasn't any where near as fit as the old man but he was obviously a healthy individual just the same.

I was just about to introduce myself when the officer reached with the phone in his hand.

Julian didn't even take the phone.  He just spoke loud enough to be heard through the receiver

"Mitchell set the bail so this man's son can go home tonight.  Enough is enough."

He then waved the phone away.  It was just that simple.  The officer listened and then set the phone down.

I turned and looked at the cop like he was as foolish as he sounded.

The suit offered a solution.  "I'll make his bail Cayenne.  We can sort out the details later.  Let's get your son out of here."

He reached in his pocket and pulled out a stack of cash about a brick's thickness and slammed it on the counter.  His eyes never left Julian's.  I don't know how I know that because my eyes never left the cash. 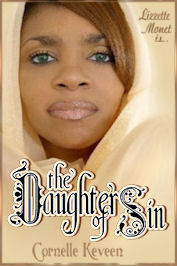 The Daughter of Sin  -excerpt- 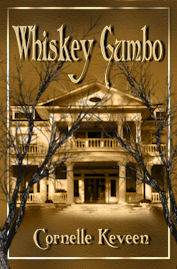 A little Shorty
by CornelleKeveen | 0 comments

Is Prosperity Salvation? Just thought I'd ask....
by CornelleKeveen | 1 comment